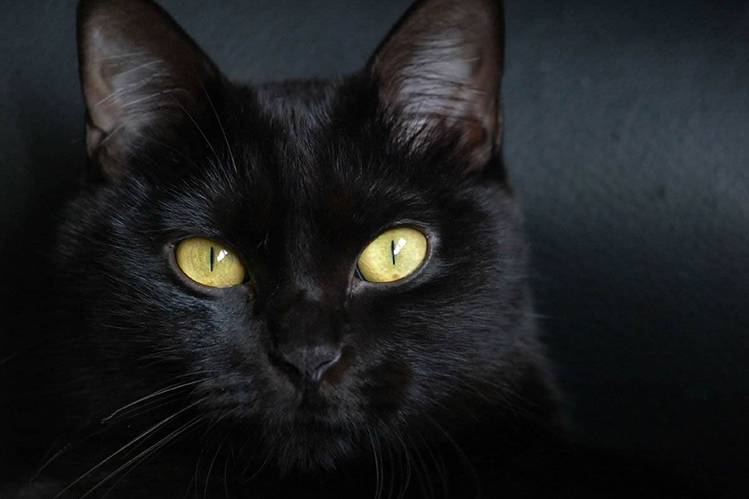 Contents:
The Bombay cat is a miniature home Panther with a satin coat and bright copper eyes. Graceful, playful, willful, confident pet a real Cat with a capital letter, which walks by itself.

The Bombay – this is a real home Panther with shiny black fur and large sparkling eyes. Weight “of bombazet” varies from 2.5 to 5 kg, is a cat of medium size.

Physique Bombay cats are quite strong, the core of a massive, somewhat elongated body. Head rounded, of medium size. The eyes are large, round, very bright; the color is copper to gold – is finally established to six-month age. Ears of medium size, with slightly rounded tips. The tail is straight, medium in length.

The coat is short, dense, very shiny. The texture Atlas. The only permissible color: black. Black is also leather and paw pads.

Allowed crossings of the Bombay cat Burmese (color: the idea of crossbreeding) and the American Shorthair, black in color. 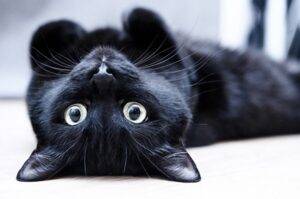 As a real Panther, the Bombay cat is always confident. She is graceful, elegant, agile, very curious and, of course, is a great huntress.

“Bombaci” I love to frolic and play, enjoy exploring the world and every day rush to make new discoveries. They are very social animals and quickly become attached to family members, adapting to them, therefore, to live under one roof with a small Panther, very nice.

Having a strong character and a haughty disposition, the Bombay scrutinizes others before enrolling them in a row friends. Surprisingly, it is easier to find a common language with a dog than with their own kind. The other cat will have to work hard to earn her heart. 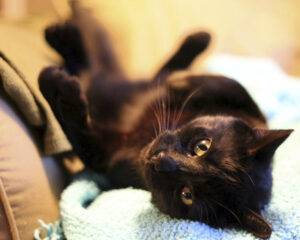 With close people and animals-friends of the Bombay cat is incredibly affectionate and gentle. With her usual sincerity she shows his love, gently cuddles and soothing purrs. Despite the similarities with the free and independent predator, the Bombay cat does not like being alone and feels truly happy only in the company of the owner.

From Bombay cats good health. The breed is not marked propensity for any diseases.

The average life expectancy is 15 years.

Care Bombay cats standard. As necessary to clean cats ears and eyes, shortened claws. Combing the coat once a week and more often during shedding season. It is necessary to observe the correct diet. By the way, kittens, Bombay cats have a big appetite. 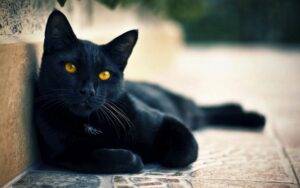 Ancestors home Panthers are Burmese cats color the idea of crossbreeding and black American Shorthair with copper eyes. It was bred with the aim to create a home mini-replica of the most graceful predator, the Panther, and breeders have succeeded.

Bombays were recognized in 1976. The whole world knows of them as mini-Panther, but more particularly “Bombay” are common in the United States. In Europe not so much. 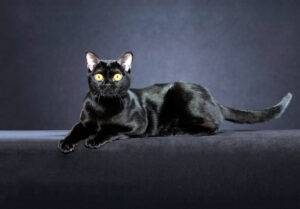