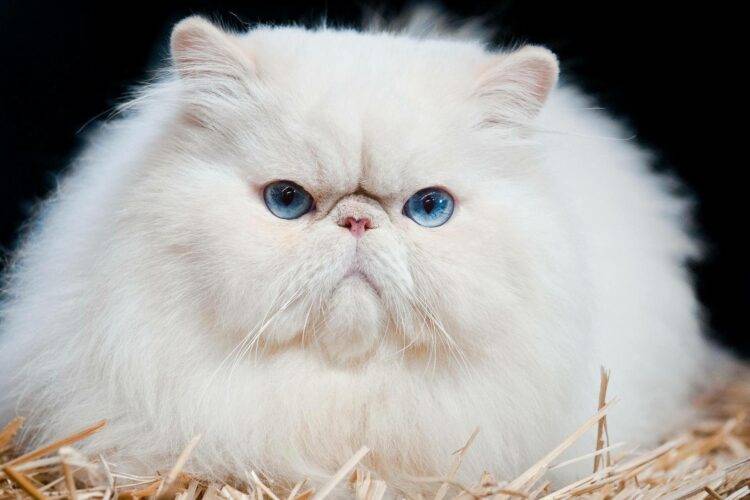 Persian cats are known and loved worldwide. It is the most famous cat breed, which is characterized by not only original appearance but also a wonderful, loving temperament. An impressive palette of color furry Pets includes more than 200 colors and shades. This striking and good-natured Pets for the whole family. 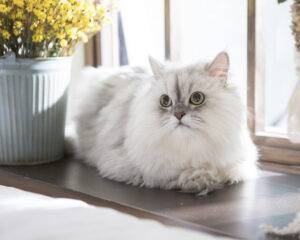 Persian cats have a strong physique, massive and short bones, the head is round, dome-shaped with a rounded forehead and around, plump cheeks, muzzle short and broad, the nose short, sometimes slightly turned up, eyes large, round, in color to harmonize with coat color. Ears small, rounded at tips, set wide apart. The tail is short and proportionate to the body, very fluffy.

Wool is the hallmark of the breed. It’s long, thick, silky, very dense, is open to all colors. Classic colors are considered smoky, tortoiseshell, Golden, chinchilla, harlequin, colorpoint, bicolor, and other color Palette is very rich, which is one of the main advantages of Persian cats. 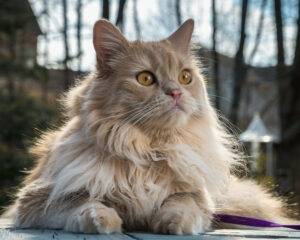 The calm and phlegmatic Persian cat is ideal for keeping in the apartment. They are loyal, but I am very sociable but also quite feel comfortable alone, there has been no tendency to aggression.

Thanks to a well-balanced temperament and good disposition, the Persians are ideal for families with children. They easily find a common language with kids, enjoy sharing their games and behave with them very carefully. In addition, the Persian cat is safe to have in the house where you already have other pets, be it cats or dogs, but of course, if former Pets differ friendly disposition. 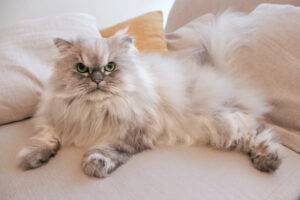 The Persian cat is heavily tied to the owner and loves to communicate with him. She appreciates the attention, loves affection, loves to purr and meows very rarely, by the way, her voice quiet and pleasant. But, despite the gentle nature and affection, these Pets are proud and independent, they don’t like being unceremoniously squeezed, especially strangers.

Balanced and quiet Pets will be comfortable in the house with a calm atmosphere. Masters of Persian it is worth remembering that this is not a playful dog and not an overly energetic cat who always needs to move and be the center of attention. The Persians, though not against sometimes to play with, prefer a quiet life and try to observe any bustle from a safe distance. 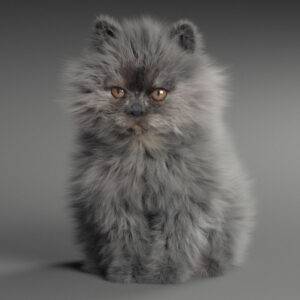 In General, Persian cats quite good health, however, there is a tendency to such diseases as polycystic kidney disease, hypertrophic cardiomyopathy, blindness. Because of the structure of the faces of the Persians often have watery eyes. A high probability of Tartar and plaque.

Overall, the Persian cat is unpretentious, but a long, silky coat requires daily brushing, otherwise, it will tangle and form mats. Eyes are often watery because of the structure of the muzzle must be wiped clean with a damp cloth (with a cloth). The rest of the care for the Persian standard. 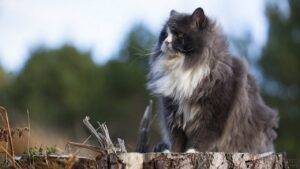 Fluffy, long-haired cats were brought to Europe from Persia (Iran) in the 17th century until then the locals were not even aware of the existence of such Pets. Around the same time, France was imported by Turkish cats. Both dogs immediately drew the attention of the aristocracy, and their popularity quickly began to grow. In the first half of the 19th century, the Persians grown in Europe were crossed with Persian cats, born in Turkey, and kittens from this offspring became participants of the exhibition in London’s Crystal Palace in 1871. However, the breed continued throughout Europe opened numerous nurseries, which have not yet managed to achieve the expected result.

To improve coat and broadening the range of color in the breeding work were also used Angora cats. By the way, today the breed is characterized by a color palette of over 200 colors and shades. Display exemplary Persian cat, the appropriate standard, the breeder was only in the mid-20th century. Since then, the breed has spread worldwide. Today, Persian cats are the most famous breed on a global level.