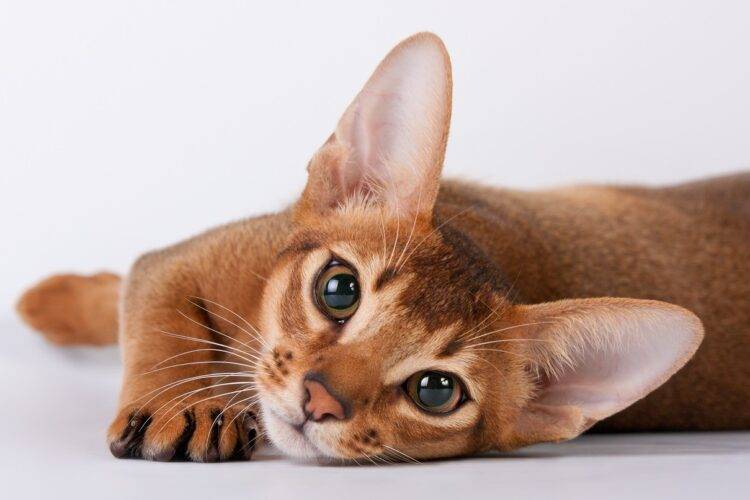 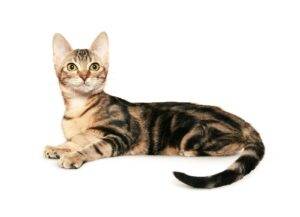 Ceylon cats have a compact body, developed muscles, strong bones, strong limbs of medium length. Head of medium size, with a pronounced transition from forehead to muzzle, cheeks rounded. The eyes are large, set slightly obliquely, the upper contour of the eyes almond-shaped, the lower more rounded. Eye color: yellow-green. The ears are medium-sized or large, high and wide apart, with rounded tips. On the outer side of the ear there is a spot, preferably in the presence of lynx brushes. Tail comparatively short, tapering to a rounded tip.

The coat is short, fine, silky undercoat underdeveloped. Color: from sand to gold. On the back, sides and chest stripe are the dark agouti (ticked) on the forehead pattern of a Cobra on his cheeks – 2-3 dark bands. There are also spots on the limbs and on the tail are typical wild color rings. 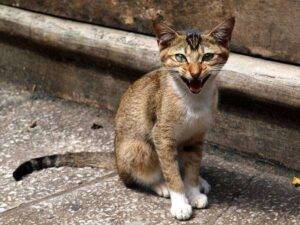 Ceylon cat is an ideal breed for keeping in the apartment. It is unpretentious, open, very affectionate, strongly tied to the owner.

A real hunter in the shower, cat Sri Lanka every day goes in search of adventure, even if her entire world confined to a small apartment.

Golden beauty loves the game and appreciates the focus is loyalty and trust.

Ceylon cat is considered a native species and, therefore, has good health and strong immunity. The average life expectancy Ceylon cat is from 13 to 18 years. 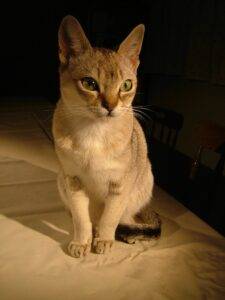 Amazing “calanchi” close to their wild ancestors. They are characterized by good health and simplicity. Wool Ceylon cat has self-cleaning properties, it always looks clean and tidy. To comb a cat it is recommended once a week. The big problems with the molt, “calanchi” do not deliver.

In General, the care for the “Calanque” standard.

The birthplace of Ceylon cats – South-East Asia. The species is native, i.e. it was formed without human intervention in the natural environment. In 1984, a few “calanoc” from Sri Lanka (old name Ceylon) were brought to Italy, where he subsequently developed a program of breeding exotic species. The first fan club of Ceylon cats appeared in 1988.