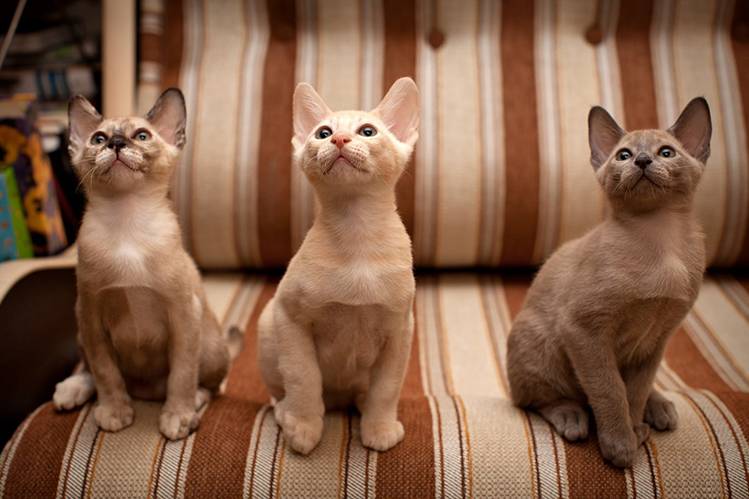 Contents:
Sociable, cheerful and bright Tonkin cats – best Pets for true connoisseurs of feline grace. Active and outgoing, they easily find a common language with others and get along well with other Pets.

Tonkin is a graceful and elegant cat, the weight of which varies from 2.5 to 5.5 kg.

The format of the body of Tonkin cats is a transition from an elongated Siamese to a strong Burmese. The backbone of the medium, the torso type, well-muscled, slender limbs and strong.

The coat is short, fine, dense, silky and shiny. Color provides markings like a Siamese cat, but on a darker background, approaching the color of the Burmese. The border markings are smooth, soft. Color: brown (the idea of crossbreeding), chocolate (champagne), blue, platinum, honey (CFA recognizes a honey color). Color is set at 16 months of age and throughout life, slightly dark.

The Tonkinese is incredibly social. She loves to be the center of attention and are very affectionate not only to the owner (her cousin as Siamese), but all others. 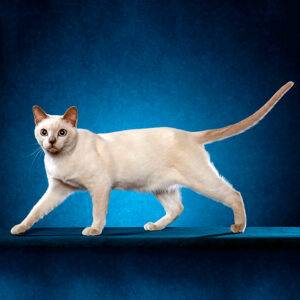 The cheerfulness and agility of Tonkin cats know no boundaries. She seems to be round the clock ready to run and play, but because for a comfortable life that little athlete just in need of free space.

Tonkin sociable cats get along well with other pets, and for all his dislike of solitude, yet require relatively little attention. It is the perfect Pets for active people who appreciate the bright and restless spirit of young hunters.

With the right content is active and cheerful Tonkin cats have a good health, and their life span is 10-16 years.

The breed was created by crossing Siamese and Burmese cats. The homeland of the breed – North America and Canada.

First of Tonkin cat was presented to the world in 30 years as the “Golden Siamese”, but did not cause interest. The dignity of the species assessed, only 30 years later, under a new name, and in 1974, she was recognized by the Canadian Association of cat lovers. 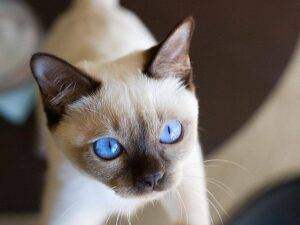