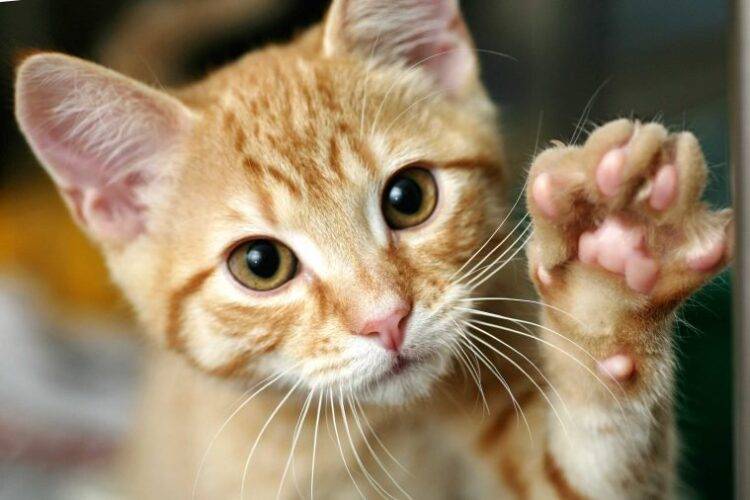 fter declawing a cat, they will never be able to fully stretch out their body. Some Vets feel that feline declawing is an ethically controversial procedure; however, there is no scientific evidence that declawing leads to behavioral abnormalities. There is scientific data that shows that cats who have undesired claw behavior are more likely to be abandoned, thereby contributing to the homeless cat population. The standard declawing procedure calls for the removal of the claw and the first bone of the toe. The operation is usually performed on the front feet, and is actually an amputation comparable to the removal of human fingertips at the first knuckle.

A lot of humans who care about cats know that declawing is wrong. They will tell you about how cruel and painful the operation is and all the problems that declawing can cause. Declawing is an irreversible surgical procedure performed by a veterinarian, while the cat is under general anesthesia. Your cat may be hospitalized for one to two days. Trying to keep a destructive cat from harming others, or perhaps the damage that the cat is doing to the furniture may lead to the motivation to have your vet perform this procedure.

Contrary to some opinions, declawing is not likely to drastically change the disposition of your kitten’s behavior or personality. It doesn’t necessarily stop them from having other types of behavioral problems. However it can be a painful ordeal for your kitty and we suggest that declawing only be the last step to be considered after being fully told of all of the other options available. The primary problem we have with people who are so opposed to declawing is that their opinions are often based on secondhand information. They have never seen a cat that has been declawed.

The reason most people opt for declawing their cats is that they want to protect their furniture if the cat never learns that it can have someplace else to scratch, such as a sturdy scratching post or scratch pad. The issue of declawing is a hot topic in pet lover and vet circles. It is a surgery that is banned in some countries. Declawing (more accurately described as “de-toeing”), is the amputation of each front toe at the first joint. Take note that the cat is sedated during the operation.

Many of the countries leading veterinary behaviorists agree that declawing should not even be considered until all other options, including training, have been tried and failed. Soft, carpeted scratching posts usually don’t work because cats often don’t like them. Sisal post offers a texture that cats seem to enjoy. If you use carpet, secure it to the posts with the rough backing on the outside. It seems that the soft carpeting will not satisfy a cat’s need to claw. At issue here is whether the scratching is serious enough to warrant the operation because it is very costly and the owner might no longer be able to, or even want to keep the pet and whether there are other equally practical alternatives.