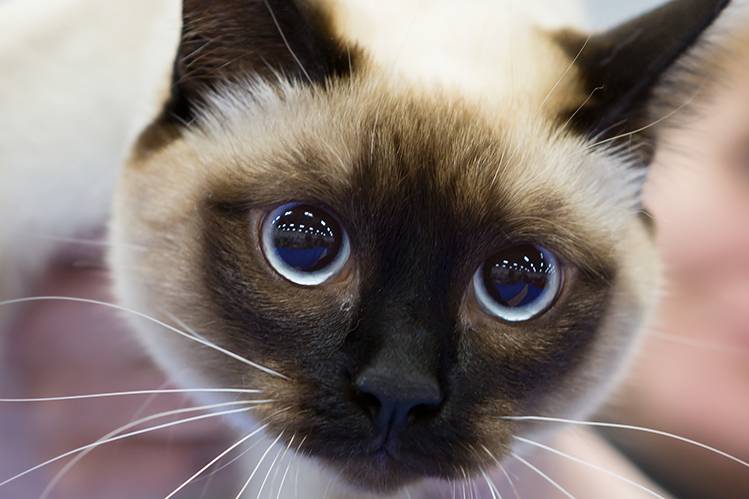 The mysterious heritage of Siam, which has preserved its original appearance from the 15th century until the present day. 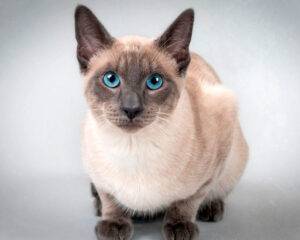 Thai cats have a compact, proportional physique and strong, developed muscles. They are graceful and elegant.

The head of the “Thai” rounded, with a moderate wedge, the muzzle is very neat, smoothly contoured, not extremely elongated. Beautiful eyes are almond-shaped, blue or blue. The erect ears are small with rounded tips. The tail is of medium length, tapering to the tip.

Their coat is short, thick, dense, silky and very soft to the touch. Color – pointed. Limbs under the light housing can be brownish, black, grey, caramel etc. options of colors very much.

Interestingly, the current Thai cats look the same as their medieval ancestors. The original form of the breed was saved. 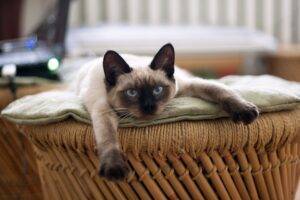 Thai cats are more like dogs than the independent, freedom-loving cat. They are easy to get along with others – both with people and with other Pets, become attached to family members like to be the center of attention and just love to “talk”. This often assess the situation is a real “meow”, and whether they will, would be carried out by the owners of round the clock. While cats are unobtrusive and if anything will always find an occupation for himself.

The calling card of the breed – communication skills, courage and curiosity. Thais love to explore the world and their studies do not have the slightest fear. Unfortunately, excessive courage can turn into a tragedy. All the Windows in the house where there lives the Thai cat has to be equipped with nets, or escape can not escape. 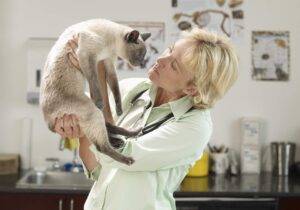 Like all cats native species, “Thais” very strong and hardy. Their natural health can only envy! But be careful: many ailments in cats develop because of the mistakes of owners in the care and maintenance and hope nature is still not worth it.

Thai cats – centenarians. The average life expectancy of about 15 years. Provide your pet the proper maintenance, and it is possible he will step over lath in 20 years, and even with the stock! 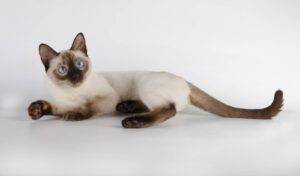 Cat enough to comb out 1 time in two weeks. Contamination with dense fur is easily removed with a damp hand or cloth. As a rule, brave Thais endure treatments. The main thing is to present them!

So the cat was beautiful and felt great, her food should be of high quality and balanced. Approach to the choice of diet responsibly and observe the rate of feeding.

In tribute to his curiosity, Thai cats love Hiking. They are easily accustomed to the harness and having fun on her walk, once again demonstrating similarities with dogs. 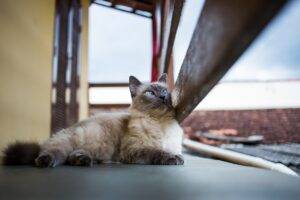 The birthplace of the Thai cats of Siam (now Thailand). The breed is very ancient. We can only guess when exactly it appeared. The first image of Thai cats, which have reached us dates back to the 14th century. Many of the descriptions were done in the 17-19 centuries. According to him, the appearance of “Thais” since then almost has not changed.

For the first time in Europe, Thai beauties came in the second half of the 19th century. Exotic Pets have immediately attracted the attention of breeders who set out to bring a new extravagant breed. Years of breeding has significantly changed the view of “Thais”. Many of the features of the exterior were extremely stressed. Limbs were longer and thinner your silhouette more elongated and refined, the head took the form of pronounced wedge and large ears effectively it said. You may have guessed, as he called the new breed? Right, this is the modern Siamese. After they were presented at trade shows as they have become mind-boggling popular. And, by the way, are still popular. But despite his staggering success, there were many breeders and lovers of cats who held personal ancestral type. Thanks to them, Thai cats as nature intended, not disappeared from the face of the earth, and continue to delight us today.

The breed standard was approved in Germany in 1990.