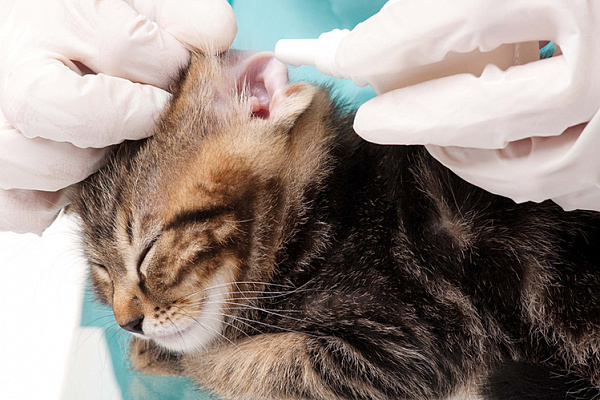 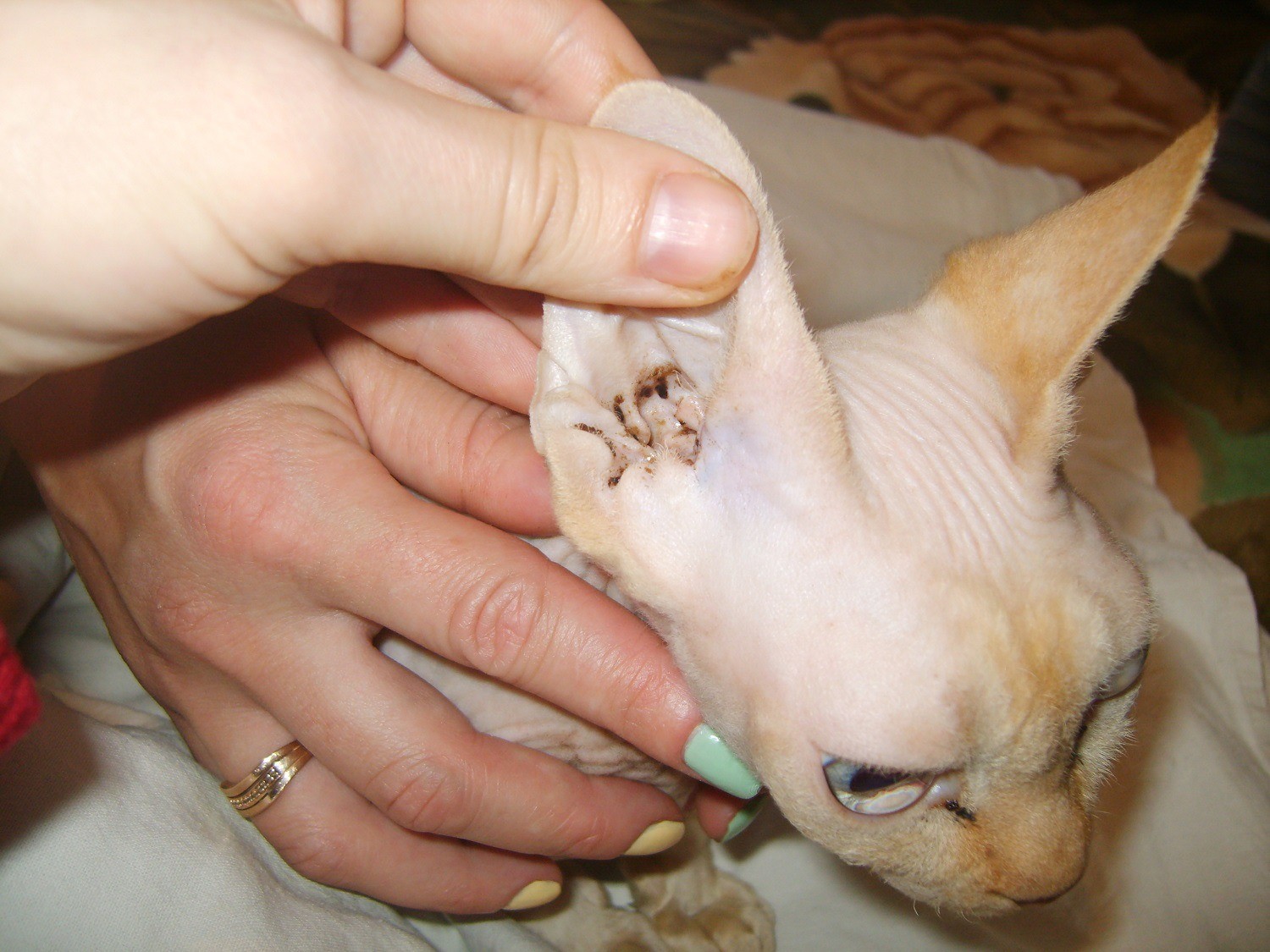 Diseases of the ears occupy a leading position in the list of the most common health problems in Pets. A weakened immune system and the slightest draft can cause the onset of otitis media, and contact with other Pets – infestation of ear mites. Read more about the latest, we’ll talk in our article.

Ear mites are parasites of oval, off-white color. Head, abdomen and chest of the tick are a single unit. These parasites are localized in the external ear canal on the inner surface of the ear and injure the sensitive skin.

The infestation of ear mites

Can a house cat, never going outside, to catch ear mites? Unfortunately, Yes. First, to put the tick in the house, the person may on their outer clothing or dirty hands. Secondly, infection can occur with short-term contact with another infected pet (cat, dog, ferret, etc.) or with mass care and other attributes, has interacted with the infected pet. Thirdly, kittens easily become infected with mites from his mother. Ie you can get a kitten who already has ear mites.

As you can see, the possible ways of infecting weight, but if your cat is often on the street, the chance to avoid ear mites she had almost none. Don’t worry, though. With timely detection and proper treatment, you can easily get rid of parasites.

An infestation of ear mites is indicated by the following symptoms: the cat shakes his head or tilts the head to one side, turning your ear to the floor, ears there is discharge of dark brown color (highlight the similar to coffee or in complicated cases, become moist, with admixtures of pus and blood), there are itching, scratching and scratching on the inside of the shell. In long-haired cats behind the ears formed mats, not to notice which is impossible.

If you do not take any measures to eliminate the parasites, a fast-spreading mites penetrate the tear-duct of the ear, and the dark highlight will appear not only ears, but eyes. Further develop a generalized form of the disease, which with high probability will end in death.

Upon detection of symptoms is recommended as soon as possible contact your veterinarian. He will do a swab and scraping and examined under a microscope to establish the cause of the disease. The symptoms of ear mites are quite similar to symptoms of bacterial otitis. But these are two completely different diseases that require different treatment. 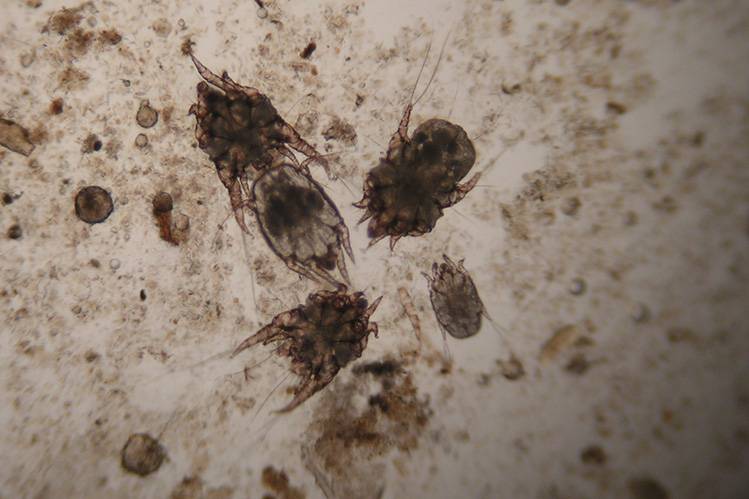 To self-medicate is very dangerous! The auricle is located near the brain, and complications caused by delay or wrong treatment, can lead to very sad consequences.

For treatment of the disease the veterinary doctor will prescribe special ear drops. Before use of the drug in the ear is dug lotion to clean the ears, the auricle massaged, after which pet to let go so he could shake his head. This procedure is performed in two stages. After the second instillation of ear you need to clean up all contamination. In any case, do not use cotton wool, because the particles of the fibers will remain in the ear and trigger complications. Best solution: bandage wound around the tweezers.

Do not clean ears peroxide or boric alcohol, they dry out the skin, provoke the production of sulfur and further inflammation. Choose special lotions that do not contain alcohol, does not dry or irritate the skin and give anti-inflammatory effect (Vetericyn).

After cleaning both buried in the ear medication prescribed by a veterinarian. The dose and rate of application described in the instructions. Most often, ticks are destroyed three processing.

During the treatment both ears are always treated, even if you have a problem with only one. This is the key to success. If one ear hurts starting treatment with a healthy. Do not clean ears cotton swabs. Instead of wool, it is recommended to use a bandage or gauze, as they do not break the fibers.

Ear mites are transmitted from one pet to another, but it is not dangerous to humans.

As prophylaxis it is recommended to limit contact of pet with other animals (especially stray) and regularly cleaning the ears with a special lotion.

Let your Pets be healthy!