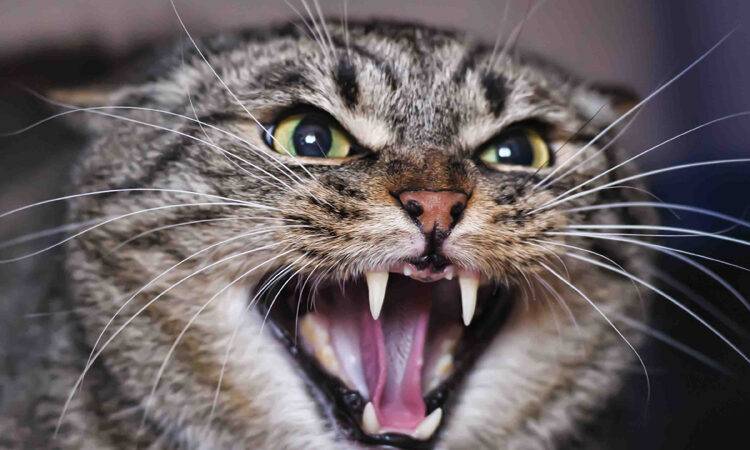 You have long dreamed of a kitten, and here in your house, there was a little fluffy ball! He meets you from work, sleep on your lap while you read a book, and makes you smile: because people can watch the awkward kid without a smile is simply impossible. However, the first weeks (and even months) Dating can be complicated by the unpleasant habits of “harmless” household. 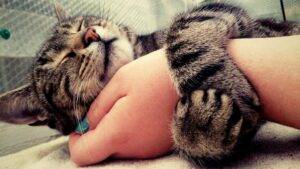 For example, just a few minutes ago the kitten gently purred as you scratched him behind the ear, and then suddenly took and dug her sharp claws straight into the master’s hand! And there is a more impressive situation when the kitten decides to take the foot of the master for the tree, and without false modesty fulfills its climbing ability. And this one could laugh if only a little cat’s teeth and claws were really harmless. In practice, such behavior reflected an impressive kid with scratches and bite marks on the body of the disturbed host. Well, the hostess, in addition, will have to stock up on tights! So what makes a furry angel from time to time, become the devil and how to deal with such behavior?

Often kittens bite and scratch while under stress. Maybe the kid was hard moving in or you are violating his personal space. And probably there are stimuli that hinder the comfortable life of a kitten. Alternatively, pets may be jealous of the owner to other pets to interfere with tailed neighbors, sensitive to other people’s unfamiliar smells. The causes of stress vary, and the task of the attentive owner to understand and resolve the cause of the aggressive behavior of the baby. 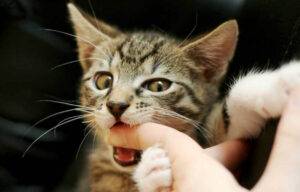 In addition, animals are aggressive, if they have something hurts. But, as a rule, the disease is accompanied by other symptoms, and timely treatment helps to cope with the problem.

However, in the vast majority of cases, the kittens bite and scratch while playing. Worldwide hard to find being more energetic and active than a kitten. He always wants to move, run and jump, sees the world … to chase prey! And what products can be in a city apartment? – Right, the hand of the owner, because she is so often trotted out before the inquisitive muzzle. Or foot, during sleep, leaning out from under the blankets and … causing the Association with a rodent peeking out of its hole.

In short, your kitty on the hunt! And you reinforce this skill dramatically removing an arm or a leg in the attack because it behaves as prey. But if you make the effort and not pull your hand away when the kitten starts to bite, but rather hold it to the kitten closer, he was very surprised and, most likely, will throw their occupation. 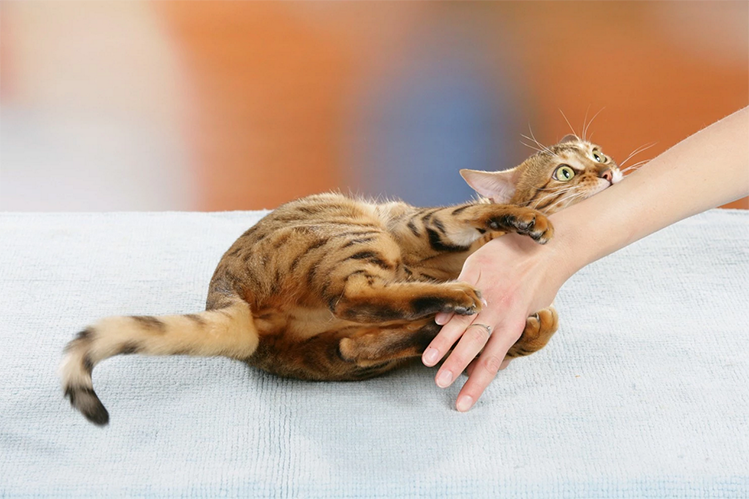 Your other assistant – a variety of toys. Let active kitten there will be many, so he was never bored. Give the kid a toy with which he can play alone, and toys to play with. Kittens love teasers, and you will receive great pleasure, tickling the face and tummy funny little baby. But to use as teasers’ own hand, again, is not recommended. After all, if the kitten is accustomed to biting the hand at the time you started the game, he will not understand why you cannot do the same when you are sleeping or going to Breakfast.

As heavy artillery uses a spray bottle with plain water. Once the kitten has bitten or scratched you – splash water on his face, but only when the act committed. If after a bite you will run into the next room, and another five minutes will look for the spray, and then take the retaliation, the kitten will not understand why he was punished. Of course, this method of education you will have a few days to walk around with a gun in his bosom, however, it is a very efficient and effective measure.

In some cases in dealing with troublesome habits, kitten helps to ignore. If the kitten has bitten or scratched you, stand up and walk out of the room, leaving the pet alone. When the child will understand the consequences of his “harmless” actions, it will no longer behave this way. But the expected result, in this case, can only be achieved if education is systematic.

Summing up, we note that whatever the reason for such misconduct, the kitten causes them pain unintentionally, because he still doesn’t even know how supposed to behave with people. Norms of behavior laid in the first months of life, and that the owner will convey to the kitten as possible, and how not to behave in certain situations.

Good luck and patience to you in your educational work! 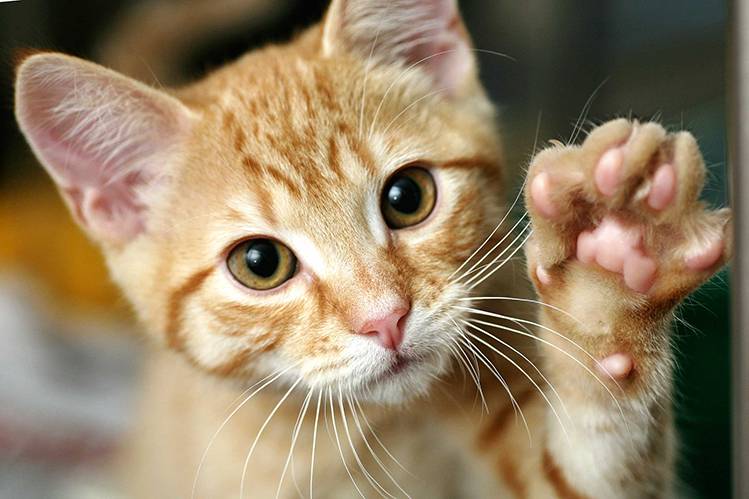