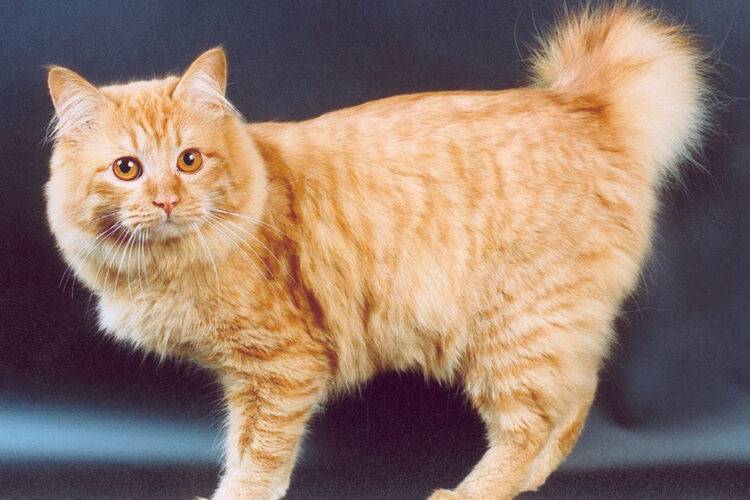 The Japanese Bobtail is incredibly sweet appearance: coat painted in three colors, large expressive eyes and a tail with a pompom. However, the remarkable appearance is not inferior and character: the Bobtail is affectionate, curious and very open Pets that have an inexhaustible source of energy and love for life. 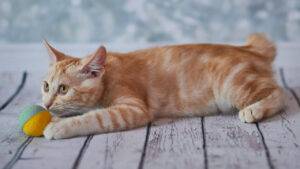 The Japanese Bobtail is a cat of medium size, weighing up to 4 lbs. she has a slightly elongated, flexible and muscular body without the feeling of massiveness and heaviness, long, thin but very strong legs, proportionate neck and an elongated head in the form of an equilateral triangle with smooth contours. Muzzle moderately broad. The high cheekbones. Expressed vibrissae pillows. Males (intact) are allowed sagging of the cheeks. The eyes are large, oval, slanted profile. Color blends with the main color. The ears are large and straight, not directed inwards.

The tail is one of the main features of the breed. It is short, its length varies from 5 to 8 cm Can be straight and rigid or curved. Thick and dense hair on the tail gives him the appearance of a pompon. And do the Japanese call this form of the tail chrysanthemum flower.

The coat of the Japanese Bobtail comes in two varieties: short and long (or medium length). Coat soft, silky and the undercoat is almost absent. More dense and dense fur on the neck and chest may form a beautiful collar, but it is not a required feature. Allowed all colors except chocolate, lilac and colorpoint. Are considered the most valuable two – or three colors, and the standard of the breed is the color mike, black, tan and white.

The Japanese Bobtail is a wonderful pet from all sides. His good looks match the character.

Bobtail incredibly cheerful, open, curious, and affectionate. They love to move, play and be the center of attention of the owner, which, incidentally, is very much attached. In addition, bobtails like to talk, and if family members encourage these talents, the Pets learn to respond with a joyful “meow” on every given question. 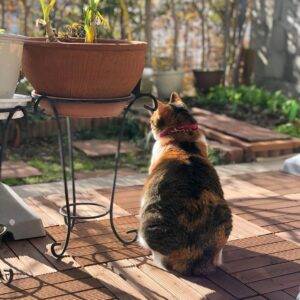 Gentle and affectionate cat easily finds a common language with children and is a loyal and responsible friend. At the same time with other cats and dogs, Japanese Bobtail may not get along. This proud and very bright person knows how jealous and negative attitude towards competition. So start Japanese Bobtail is recommended as the only pet.

The Japanese Bobtail health, they do not tend to “breed” genetic diseases or other problems.

Life expectancy with proper care the average is 15 years.

Japanese Bobtail completely unpretentious, care standard. Thick fur has no undercoat and does not cause the host any problems. Comb it enough only 1 time a week. 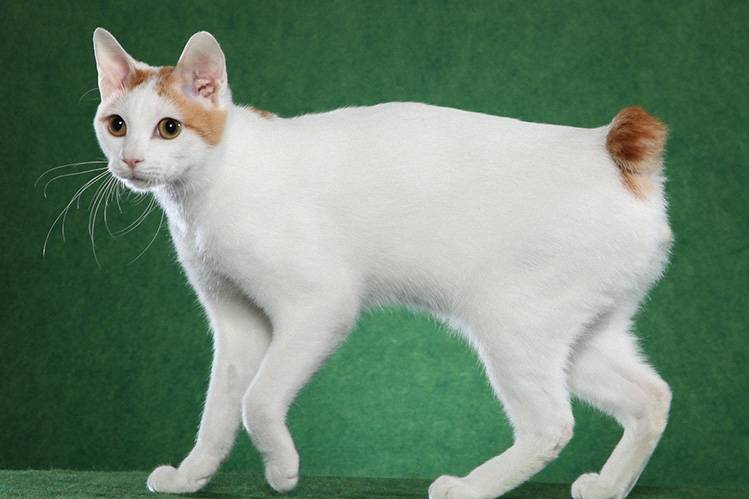 Despite the Japanese brand name, the homeland of this breed, most likely, was China. Pictures of cats, very similar to the modern Japanese Bobtail, is preserved at numerous ancient Chinese sources. It is believed that in Japan the breed it came from China, where it is firmly established and soon became regarded as a symbol of good luck and happiness.

In the U.S., the Japanese Bobtail was introduced in 1968, and in 1971 the CFA published the first standard. Today, these Pets are very popular in the USA and of course Japan and China – the mysterious countries where the breed originated and evolved. 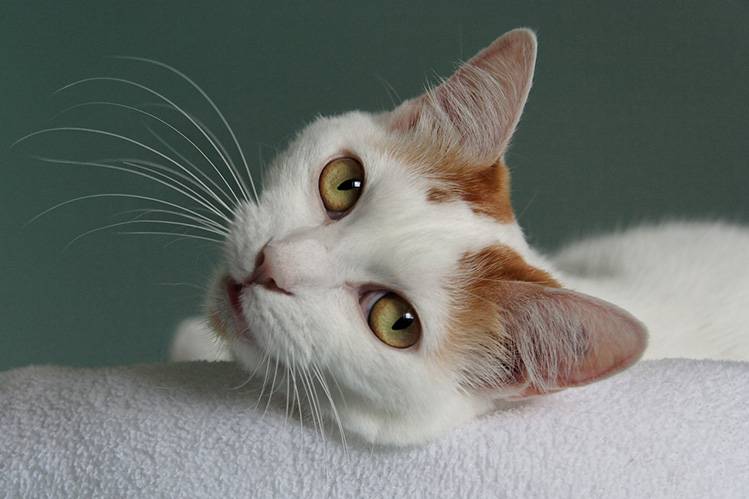