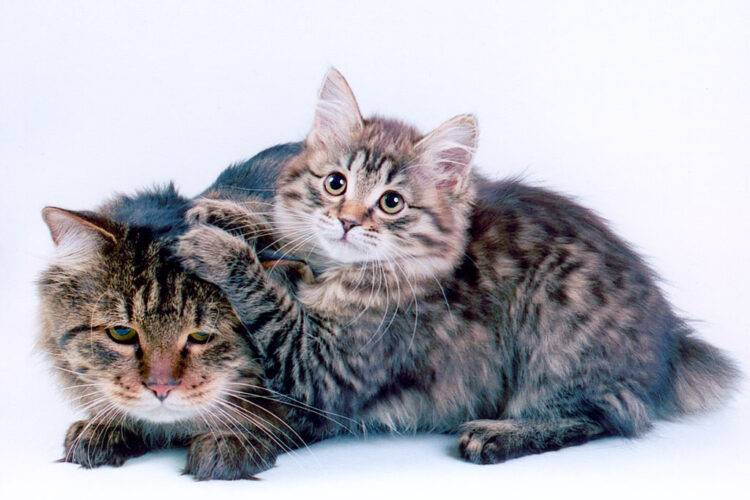 Contents:
Bold, smart and friendly cat with a short tail. Some habits are reminiscent of dogs. 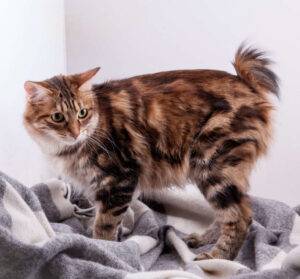 The Kurilian Bobtail is a cat of medium size, the hallmark of which is the short tail.

The Bobtail is well-developed, yet compact musculature, strong bones, slightly arched back, a raised croup, strong limbs. The head is large, trapezoidal with rounded contours, the broad muzzle of medium length with a strong chin. The eyes are round the color blend with the color. Ears of medium size, erect, with rounded tips.

The tail is the main feature Bobtail – naturally short, not more than 8 cm in length excluding wool. Must have creases, bends, one or more nodes. Long hair on the tail forms a fluffy pompom.

The standard allows for short and medium length hair. In the second case especially prized pants, collar, and the lynx tassels on the ears. The color palette is wide. Excluded only combinations of chocolate, lilac, fawn and cinnamon (tabby, bicolor, tricolor), and colorpoint. 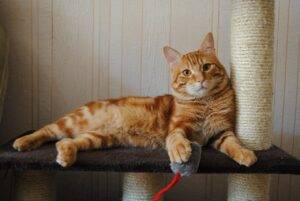 Kuril Bobtail in the soul of a little dog. They are friendly, incredibly loyal, very attached to their owner, I love cooperative play and easy to learn commands.

Bobtail, merrily strolling on the harness and bringing the master ball is not uncommon. Another amazing feature of the breed – protective qualities. If your house lives a Bobtail, to be sure, in case of the danger he will warn you.

The “Kuril” balanced temperament and a sharp mind. It is a calm, sensible and brave cat, who will find a common language with all members of the family and with adults, and with kids and other Pets. 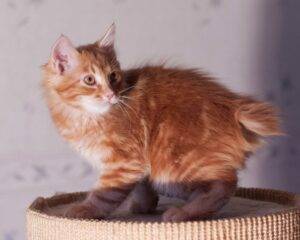 The breed was formed in the wild, in the harsh conditions of the North, almost without human intervention. Bobtail naturally has strong immune systems and with the right content is very rarely sick. Life expectancy is on average 15-17 years. 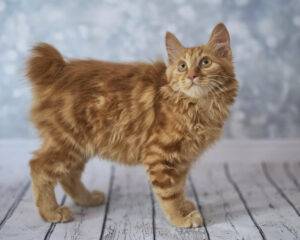 Kuril is completely unpretentious in the content. Care standard. Even varieties with semi-long hair do not require complex care: due to poorly developed undercoat, the fur does not clump into mats.

These amazing cats I love to swim and can “beg” the owner of bath procedures. However, overdo the bathing is not necessary, so as not to overdry the skin and fur.

Special attention should be paid to diet. Food should be of high quality and balanced. Domestic cats with a dense figure – especially after sterilization – full-bodied. 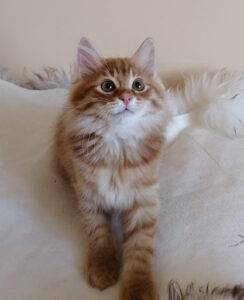 The Kuril Bobtail is a pride in our country.

The breed was formed in the harsh conditions on the Kuril Islands. Cats are perfectly adapted to survival in the wild, fishing, and hunting.

For the first time on mainland, North beauties were brought in the late 20th century. The first breed standard was approved in 1991 but subsequently improved.

It is believed that ancestors of the Kuril Bobtail is a Buddhist temple cat descended from them and Japanese Bobtail who migrated to the territory of the Islands with settlers and escaped into the wild.