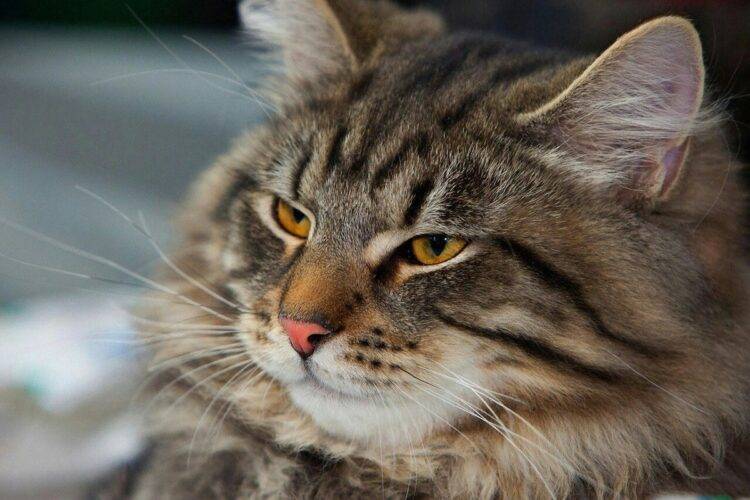 Beautiful, fluffy cat with distant Norway, its strong character embodies the spirit of the North. Noble, calm Norwegian forest cat – the best Pets that get along well not only with adults and children but with other Pets, including dogs. To get along with everyone for “Norwegians” is very simple because they are everyone’s favorite!

The Norwegian forest cat is native to Norway, which is immediately clear from the title. At home furry pet is common and not a rare breed.

Unfortunately, history has not preserved the facts about the exact date of the appearance of the Norwegian forest cats, but it can be argued that the breed existed for several centuries. According to one version, the animals are descended from wild cats, which were brought by the Vikings from Scotland. The second version, which is shared by many breeders, says that furry Pets are descended from Angora cats. 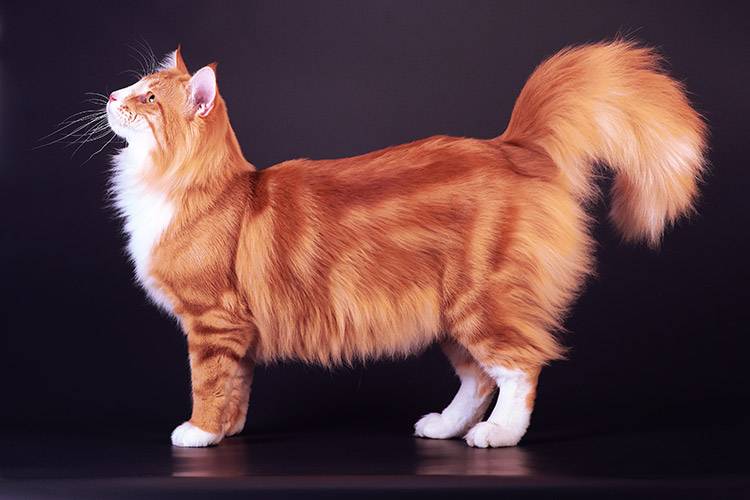 Serious breeding work on the breed began only in the twentieth century. It is a historical fact. Breeders managed to achieve good results. They strengthened the innate skills of animals and transformed their appearance. Officially, the breed was registered in 1972. Since then, the wildcat got a lot of fans not only at home but also abroad.

Currently, the breed of the Norwegian forest is the adornment of many exhibitions and be awarded honorary titles. The popularity of unique species is rapidly gaining momentum. Most often a pet, can be found in Sweden, the USA and France.

Description of the breed and the external parameters 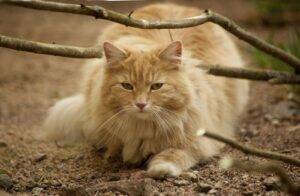 Norwegian forest cat is a large breed with a fluffy double coat. The weight of an adult male often reaches nine pounds. Females are much smaller. Their weight does not exceed six pounds. The animal has a muscular body and heavy bone.

It is worth noting that “Norwegian” is characterized by the following parameters:

Compliance with the listed parameters of the Norwegian forest cat says about the purity of the breed and guarantees a high estimation of experts. 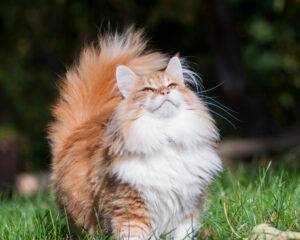 After the purchase of kitten, owners do not have to change their way of life. The animal adapts easily to new environments, not afraid of unusual sounds, bright lights and strangers. However, the cat may be first to need attention and want to feel affection. The period of adaptation takes place quickly and almost imperceptibly. 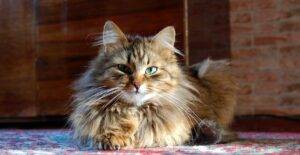 The Norwegian forest cat is a calm and balanced creature that likes to spend time with the owner. It should be noted that specimens grow very slowly. The ripening period lasts about five years. So big and handsome cat in this age run after a toy like a kitten.

Pet great with kids and even dogs if they don’t act in response to aggression. During the game pet tidy treats children, does not scratch and does not offend them. A high level of intelligence allows the cat to realize that she is not an adult and a vulnerable child.

Long-term dialogue with the Norwegian cat, you notice her capricious nature. It is not necessary to forcibly stroke the pet and to assist him to his knees. He won’t stand for it. It is worth noting that cats are more affectionate and docile nature than females. 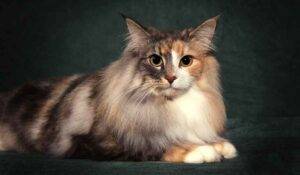 When buying wild cats need to take care of sufficient space for outdoor games. This breed is an avid hunter and in need of exercise. Well-developed musculature provides a lot of energy, which requires periodic splash. If the pet lives in a cramped apartment, then you need to provide regular walks.

Don’t forget about long hair that requires special care. To avoid the formation of tangles, you need to regularly brush the pet with a comb with long rare teeth. Frequent bathing a cat is not needed. Water treatments are carried out only if the animal is heavily soiled. 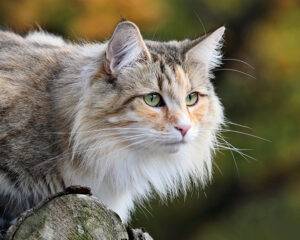 Ear cleaning is also necessary. To do this, use hygienic swab moistened with cleaner and warm water. Nail trimming is carried out with special scissors. You should have a scratching post that cats are Norwegian with great pleasure.

Another important point is the tray. Given the long hair, it is recommended to use a larger filler. It will not stick to paws and be uncomfortable.

The education and training of wild cats lend itself very badly. They do not suffer when they are forced to do something. Therefore, any attempt will be unsuccessful. This proud breed should be seen for what it is.

Because of its origins, this breed of cat is different good health and simplicity. With proper care and compulsory vaccination, the pet will live for years to come and it will feel great.

The Norwegian diet cats may consist of special food, and natural products prepared at home. It is important not to overfeed the animal, because it can lead to obesity and heart failure.