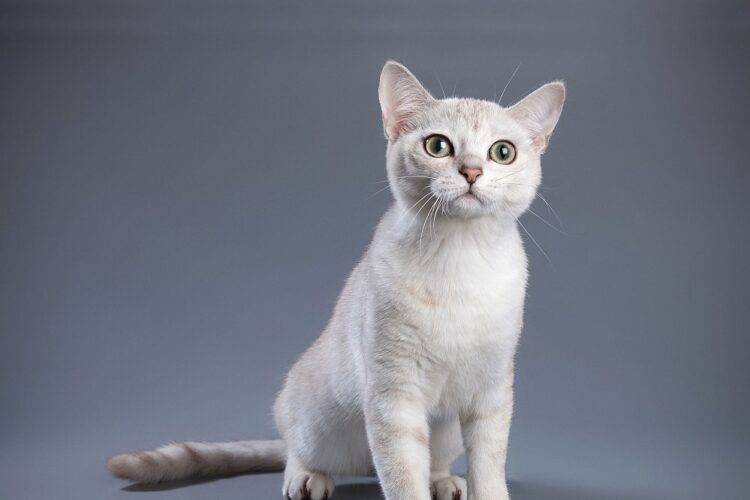 Real English aristocrat with impeccable manners and a natural sense of tact. This cat will never be imposed on the owner and at the same time always appreciate the attention and support the game. Perfect Pets, the relaxed temperament which is combined with sociability and playfulness. 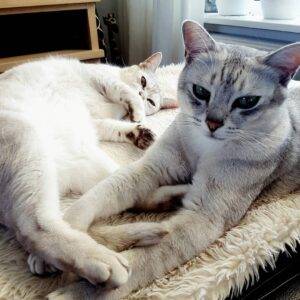 Burmilla (another name of the breed: Burmese silver) – a medium-sized cat, weighing from 4 to 7 kg. cats weigh almost the same. Refers to the heavier Oriental type, she has strong bones and well-developed muscles.

Description of the breed. Torso Burmilla is quite compact, the croup is slightly above the shoulder line. Strong limbs, strong back, slightly longer than the front, paws are round or oval. The neck is short and strong. Head of medium size, rounded, broad muzzle, the shape of a small triangle, cheeks full, round, male sagging. The eyes are large, set wide, Crescent-shaped with a dark outline. Eye color difference can be all shades of green or amber (in cream, red or tortoiseshell color). Ears medium size, set well apart, rounded at the tips. The tail is of medium thickness tapering to a rounded tip, long or semi-long.

The coat is short, silky, with a light undercoat, through which she looks slightly elevated. The color of the gold or silver undercoat, the hair painted in blue, lilac, cream, red, brown and chocolate shades. The breed standard prescribes the colour of the tipping. Muzzle, back and tail are darker.

Stately, noble, and expressive, cat breed Burmilla attracts everyone’s attention. These cats have an unusual face: the impression that her frozen expression of a slight smile. These posh Pets are the pride of their owners. 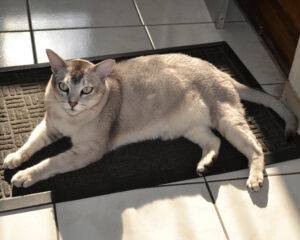 Burmilla combines the best qualities of Persian and Burmese breeds. On the one hand, she is very calm, wise and harmonious, and on the other an energetic, inquisitive and playful.

If you are dreaming to have a pet that will amaze and childlike at the same time always comfort in a difficult moment, cat breed Burmilla is your best choice. And yet, this beautiful English woman – a real decoration of the house and the very personification of comfort. Your guests will love it!

It seems that good manners are invested in these Pets since birth. Discreet by nature, Burmilla never would be imposed on the owner, but always appreciate the attention and care and will be happy to support a fun game. 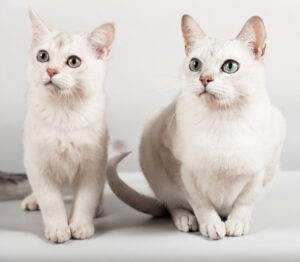 Thanks to the good-natured temperament, the Burmilla makes friends easily with other Pets and great with children. Sincere, sensitive Pets perfect for a large family and do not get tired to surprise with its sincerity and openness.

Choosing a cat breed Burmilla, soberly assess their strength. How much time you can devote to the pet? This is a very sociable and intelligent cat who needs constant attention of the owner, in games and affection. It can not be permanently left alone.

The breed Burmilla marked a hereditary predisposition to renal failure. Frequent urge to the toilet, poor appetite and General weakness are symptoms that should immediately attract the attention of the owner.

Proper care, which includes balanced nutrition, active play and routine inspections by a veterinarian, allows us to reduce the risk of disease to a minimum.

With proper care of Burmilla rarely get sick and are considered long-lived.

Life expectancy is more than enough in an average of 15 years or more.

Burmilla is unpretentious and very neat by nature. Short hair is not difficult in caring. It is enough to comb out only 1 time a week to remove dead hairs.

Bathing a cat is recommended as necessary and at least once in six months. Even if the pet is very neat and never leaves the apartment, his coat home accumulates dust and other contamination. When the pet washes, they get into his digestive tract. Periodic bathing will remove from the cat’s coats harmful microorganisms and upgrade its appearance. It is very important to use to wash with special shampoos and conditioners for cats, appropriate to the type of skin and coat. Not intended for cats means provoke dermatological problems, worsen the condition of hair, make the color dull. 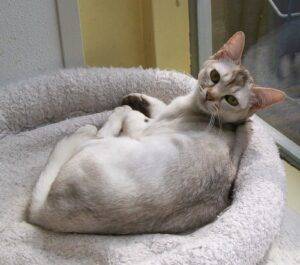 Crucial to the health and well-tended appearance of the cat is played by the quality of the food. Food should be balanced and come under the physiological and individual characteristics of the specific pet. It is recommended to combine dry and wet food from one brand and not change diets without the need. Feed the cat finished feed and natural products dangerous to her health. This food will lead to digestive disorders and imbalances in the body and can cause serious health problems. So, an unbalanced diet and lack of fluid are one of the reasons for the development of urolithiasis (kidney stones).

It is important not to overfeed your pet as often as possible to engage him in active play. This is the best prevention of overweight.

Don’t forget routine vaccinations, treatment of parasites and preventive examinations by a veterinarian. 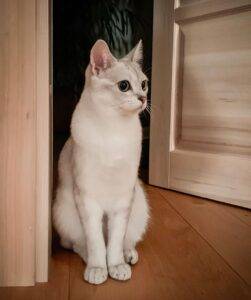 The history of the origin of the breed

Homeland cats, burmillas – majestic United Kingdom. Beautiful four-legged aristocrat seemed to epitomize the nobility of his homeland. Looking at them, it’s hard to believe that the breed was developed accidentally, also a very amusing way.

Blame – the Baroness Miranda von Kirchberg. This noblewoman was engaged in the cultivation of two breeds: Persian and Burmese cats. To avoid interpedigree crossing, it contained Pets in different compartments. But despite her efforts, in 1981 in the backyard of the manor met an escaped Burmese escaped from the Persian. The maid of the Baroness forgot to close the door, which contained a Burmese, and one of them escaped. At the same time, by fate, the Baroness brought a gift to a friend of a magnificent Persian cat. Friend Baroness immediately voiced a desire to castrate his newfound pet, but the Persians had other plans. Angered, he pulled away and ran – right into the arms of Burmese beauties. 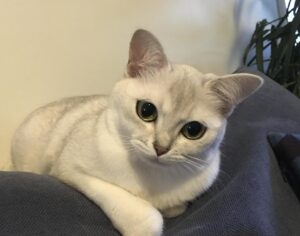 When the Baroness found the escaped cats, it already happened. Miranda von Kirchberg was so upset I have nearly fired my maid. But three months later, the light appeared unusual kittens. They were very beautiful and, unlike most Persians, are gentle and complaisant. And so began the history of cat breeds Burmilla.

The new breed was called the Burmilla (a combination of the words “Burmese” and “chinchilla”). The first English breed club was founded two years later. The official recognition of the FIFe beauty got in the 90s.

Today it is quite rare, but incredibly valuable Pets in the UK and around the world.