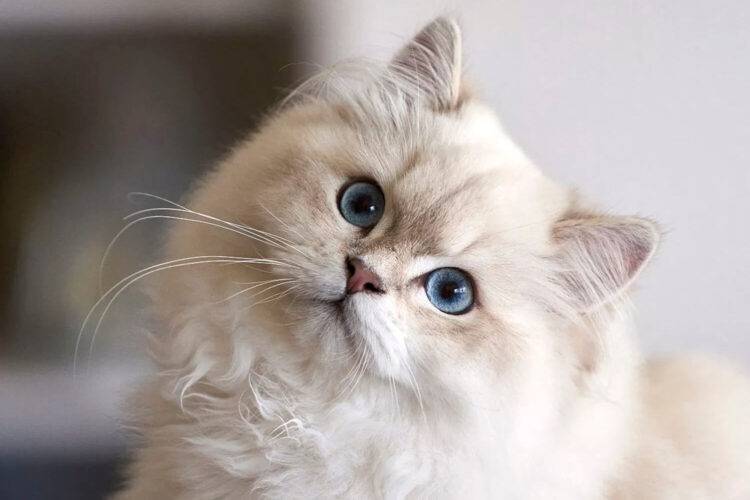 British longhair cat is a variation of the British Shorthair, was registered as a separate breed.

The stature and character of these two breeds are virtually indistinguishable. The British is a rather large cat with strong bones. Their weight can reach 8 kg. Head and muzzle volume, rounded, cheeks are full. The eyes are large, expressive, in color echo with the coat color. Erect ears of medium size, the tips are slightly rounded.

Wool – the only difference from the long-haired British Shorthair. In the long-haired fluffy she, thick, of medium length, with well-developed undercoat. Another feature of the breed – a very fluffy tail. Gamma color varied. 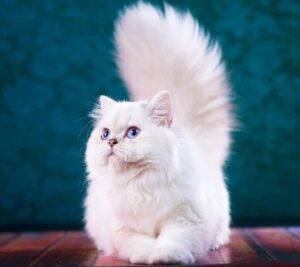 Breed British longhair is characterized by a calm temperament. The British are very gentle and affectionate. This is a perfect family Pets. In spite of sociability, they never imposed, and quietly endure the loneliness. It seems that good manners are inherent from birth.

With the right education, the British do not cause problems. They are quite reserved, neat and tidy.

To get a kitten, it is recommended by a responsible breeder. Generally, British cats have good health, but unprofessional breeding can cause various diseases.

The future owner should take into account that the British are inclined to corpulence. You must strictly adhere to quality, balanced diet and not to overfeed pets.

The average life expectancy of 14 years. 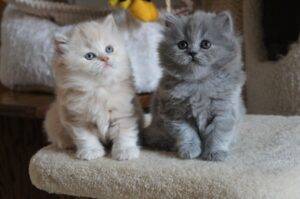 British longhair is neat and unpretentious. Care standard. Requires special attention, fluffy hair which needs to be regularly brushed and diet. For the prevention of excess weight, it needs to be of high quality and strictly balanced. Pick feed based on the individual characteristics of the pet. For example, sterilized need a special diet for sterilized cats. And cats with ICD – a special diet to prevent diseases of the genitourinary system.

The British longhair originated from crossing the British Shorthair with the Somali and Persian cats. Initially, the goal of selection was to expand the range of color. Most of the kittens were born short-haired, as the short coat gene is dominant. First longhaired kittens were considered defective and excluded from breeding. But later they were identified as a separate variation and continued to develop, reinforcing a recessive gene. 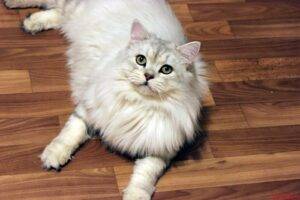 British longhair cat breed is one of the most popular all over the world.