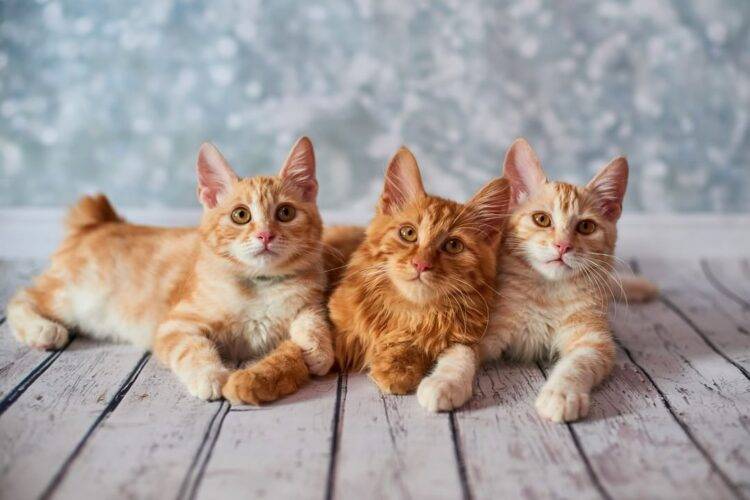 The American bobtail is the real pride of its owners! This is not only an incredibly beautiful pet with an original appearance but also a very smart, loyal, gentle, and calm creature, which is a difficult moment will always support a soothing purr. The fluffy bobtail is very similar to Maine Coons, but they are easy to distinguish by their short tails 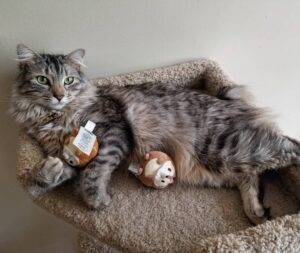 The American Bobtail is an incredibly beautiful pet, the main feature of which is a short tail. The breed is represented by two varieties: short-haired and long-haired. Long-haired bobtails look a bit like lynx.

This is a fairly large cat that can weigh 9 kg. Their body type is strong and chubby, thick bones. The head is wide and round, the cheeks are full and round. Eyes large, oval or almond-shaped, ears of medium size. Tail bushy, short (2.5-10 cm); held upright or slightly bent.

The coat is thick, dense, with abundant undercoat, rather stiff, slightly disheveled. 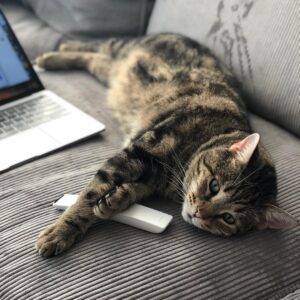 The American Bobtail is an ideal breed for those who prefer a quiet lifestyle and love comfort. After all, the main qualities of a bobtail are softness, kindness, friendliness and a strong attachment to family members.

Contact Bob easily finds common ground with everyone and is happy to be friends with dogs. Despite the calm temperament and desire for silence, the bobtail is difficult to tolerate loneliness. He takes great pleasure in the fact that he can just lie on the lap of the owner, or stay with him while he is busy. And one does not like to stay at home for a long time. In general, this is a kind and devoted pet who is always ready to brighten up any (even the darkest) day. 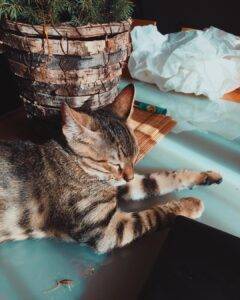 OES care standard. It is enough to comb your hair once a week. As needed, clean the eyes, ears and claws shorten. Of great importance is a balanced diet and adherence to a diet. You can not overfeed, because according to their constitution, they are prone to overweight. 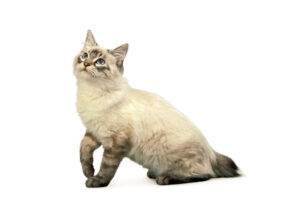 Homeland cats with short tails is the United States. In 1965, Arizona discovered a kitten with wild habits and unusual appearance: the kitten had a very short tail. This kitten was then domesticated, and when he grew up, he was crossed with a Siamese breed. The first kitten of this pair became the father of the breed “American Bobtail”. The official recognition of the breed took place in 1989

It’s permissible to cross with any breed of cats. Full maturity of American Bobtail reaches to 3 years.