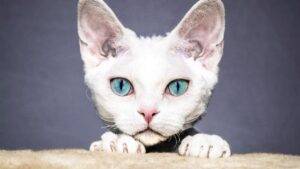 The German Rex is a cat of medium size with a beautiful Astrakhan fur coat and expressive eyes.

The German Rex is well-developed musculature. It is strong and flexible animals, which in spite of a good body does not produce the impression of massiveness and heaviness, but on the contrary, looks very elegant and harmonious. 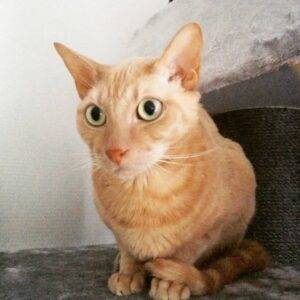 The Rex rounded head, short snout (shorter than the Cornish), ears of medium size with rounded tips and large expressive eyes. The tail is of medium length with plenty of hair, tapering to the tip. Feet oval, well developed.

Wool German Rex is one of the main advantages of the breed. It is curly all over the body, very soft and velvety to the touch, short. Allowable all colors, except chocolate, lilac and colorpoint. 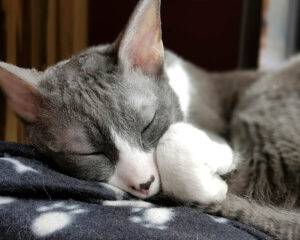 The German Rex is just the perfect character. Everything in it is in action: and activity and peace, and tenderness, and independence.

These cats are always happy to play with the owner, but they tend not to be pushy and bother busy family members. They are quite self-sufficient and can easily come up with something interesting to do. 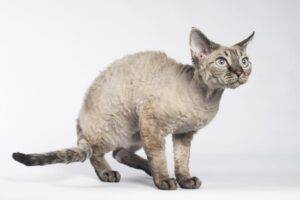 Rex is patient and not take offense to the owner if he is busy and not paying attention to them. However, to ignore this as not worth it. Rex cats are affectionate and sociable, and often time alone will not affect them positively.

Friendly and good-natured cats will not be difficult to find a common language with children and other Pets. 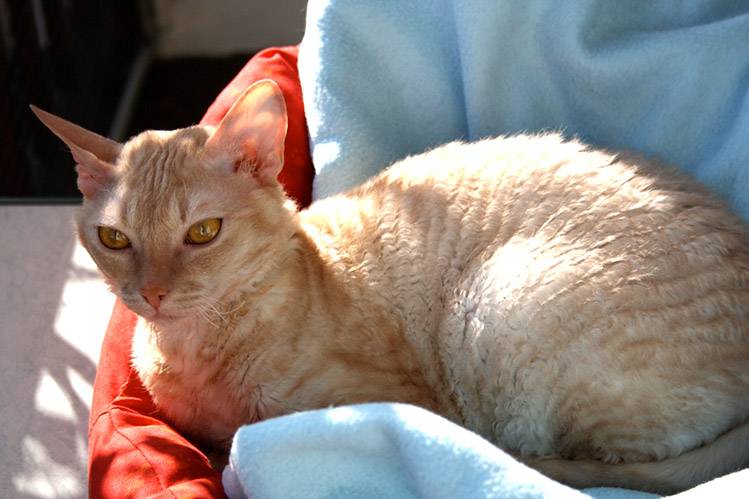 The German Rex is in good health and the average life expectancy with proper care is 15 years.

Care of a German Rex standard. Due to the lack of undercoat, take care of the hair very easy enough to brush it only once a week. As needed, the cat you need to clean the ears and claws shorten.

Possessing a stocky build, German Rexes are prone to weight gain, so you must strictly follow the correct diet.

Don’t forget about the planned visits to the veterinarian, vaccinations and treatments against parasites. 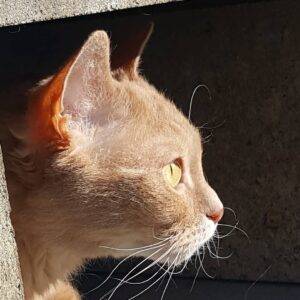 The German Rex is the oldest breed of cat with a curly coat.

The first such cat was found in Germany in 1946, but the ancestor of the breed was not she, but an unusual street cat breeder was found 5 years later and is crossed with a Cornish Rex. All resulting from this Union the kittens had a beautiful curly coat, like their parents.

Breed German Rex recognized FIFe and SCFF, however, CFA believes it is a type of Cornish Rex.

Despite global popularity, the German Rex is a rare pet.